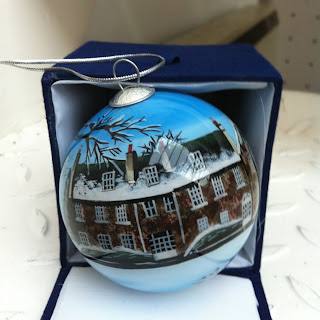 Despite it being an official bank holiday in Scotland (since 2007 don’t you know), we at Brand-It will be as busy as ever this Friday, creating gorgeous bespoke gifts. Look no further for inspiration than our St. Andrew's Day Pinterest board.

We’re very excited about our latest project - fabulously traditional hand painted baubles for Pocklington School. What began as a photo of the school in the snow, has magically transformed into individually boxed little glass wonders. Is it too early to put our tree up?

This week we also delivered new uniforms to the food fanatics of Zittos in North Berwick. According to Trip Advisor they’re ranked #4 in the area, so while you’re partaking of their delicious festive cheer, make sure to mention how great they all look in their freshly supplied purple attire.

While we get back to our basket wrapping (you did read last weeks blog entry, didn’t you?), we’ll leave you with a fascinating fact. In 832 AD, Andrew is said to have appeared in a vision to a Pictish king, the night before a battle against the Northumbrians in what is now the village of Athelstaneford (a mere 6 miles from Brand-It HQ). On the day of the battle an X-shaped cross appeared in the sky above the battlefield and the Picts were victorious.

Why meeting in person to discuss branded gifts is SO important 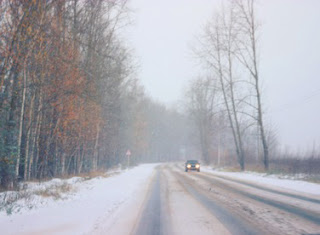 Photo copyright:  Liwei12 / 123RF Stock Photo Let me share a little story with you, about a prospective new client that I met recently. This recruitment consultancy, who work in the science sector, were contacting branding and marketing companies asking for their help. They needed to come up with giveaway ideas for an imminent trade show. To date, not a single organisation had offered them any assistance. Shameful!  Those who know me, know that I love to brainstorm gift ideas with clients. So I grabbed my coat, hopped in the car, and braved the drifting snow from East Lothian through to Glasgow. It would be an understatement to say that the recruitment consultancy were literally blown away by the extra mile that I was prepared to go, in order to meet them. Especially as companies they’d contacted, and who were within their immediate vicinity, hadn’t even returned their calls! Our meeting went on longer than scheduled. I know what you’re thinking here, and no, it wasn’t because
Read more

Making sure your branded merchandise is fit for 2018 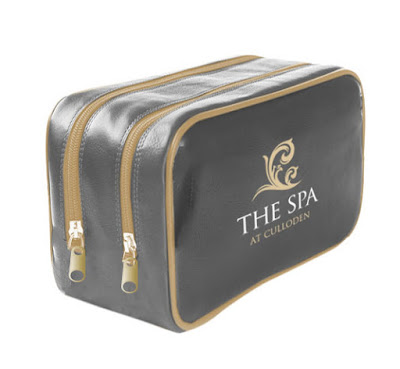 I adore working with clients from the hospitality and leisure sector, they’re always such fun! Like Hastings Hotels for example. My association with them stretches back over a number of years. For those not in the know, Hastings Hotels is Northern Ireland’s premier hotel group. Established by Sir William Hastings more than 50 years ago, their portfolio now consists of six luxurious properties across the province. Two of their five star hotels - Culloden Estate and Slieve Donald – include wellness therapy and health facilities called The Spa . January, and the start of a new year, is traditionally the time when people decide to embark on a new fitness regime. So it’s not surprising to learn that the The Spa, in both locations, are super-busy. Hotel guests and non-residents are enjoying the excellent facilities and wonderful array of therapeutic treatments, that they provide. It’s also not unusual to find the odd visiting celebrity enjoying these havens of tranquility too. Origi
Read more 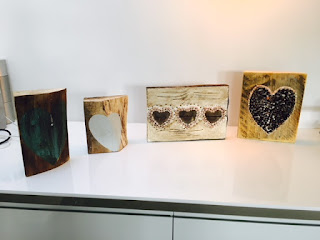